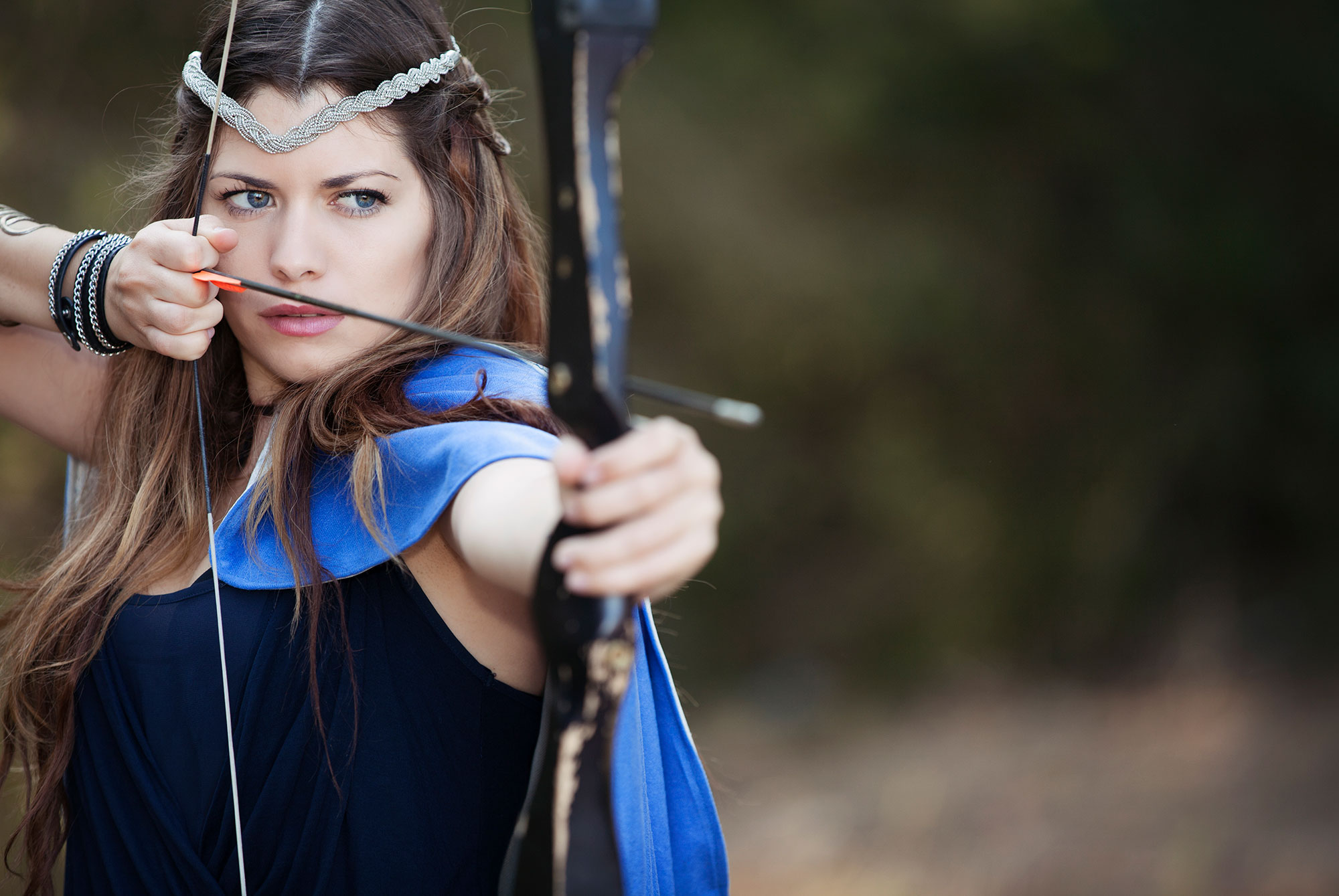 Beyond the Wounded Warrior Part I

A great deal of chaos in the world occurs because people don't appreciate themselves. ∞ Chogyam Trungpa

As I sit down to write this article, the streets of Turkey are full of protestors, global demonstrations against Monsanto have just concluded, and a group of feminist activists have forced Facebook to it’s knees with a campaign designed to expose the proliferation of violent and degrading images of women and children.

The warrior is alive and well in the collective psyche and finding expression in activist movements all over the globe.

I am personally, at this moment, surrounded by Zapatista rebel territories in Southern Mexico.  I live in San Cristóbal de las Casas, Chiapas.

For a brief time in 1994, a mostly indigenous Mayan force rose up against the Mexican government in protest against NAFTA and in search of survival in the form of farm land.  They initially took the city of San Cristóbal de las Casas and other major cities in Chiapas before finally retreating to what are now zones of autonomous self-rule.  Their story profoundly changed my life.

My life in San Cristóbal is the byproduct of a powerful practice.  Some years ago I began assuming a new name every New Year’s Eve.  Taking a new name is a potent recipe for change.

Whiplash associated with sudden change is a possible hazard!

In 2009, I chose the name Ma’at.  Ma’at is the Egyptian goddess of truth, justice, and cosmic consciousness.  She made her presence known just before New Year’s Eve.

On December the 29, 2009 a strange thing happened to me.  I was standing in my bathroom at a luxury resort called "Dreams" in Tulum, Mexico.  I was looking in the mirror when suddenly my image of myself as a woman cracked for just a moment and I saw a whole person.  All the things that usually leave a woman feeling less than and fragmented simply dissolved and disappeared for a fraction of a second.  Then I heard a voice in my head very distinctly say, “He is near.”  I had no idea what that meant and I was certainly not accustomed to hearing voices.

Two days later, on New Year’s Eve, I walked into a bar in Tulum…

As I walked into the bar my eyes landed on the face of a man across the room.  Our eyes locked and I knew that “he” had arrived.  He began to tell me of the struggle in Chiapas and of his work with the Zapatista communities.  He shared his story Mexican style - in between dances and in the shining light of romance.  He spoke no English and my Spanish was almost as bad.  But I heard what his heart was telling me and I understood just enough of the facts to know that I had to find out more.

Later that night, we made love on the beach under the full moon and then we said goodbye.  The next morning, I boarded a plane to Massachusetts.

I am sure he thought he would never see me again.  He was wrong.

I went home and read everything about the Zapatistas that I could get my hands on.  By April, I was on a plane to Chiapas and in search of answers.  The questions I was asking were as personal as they were global in nature.  It is the personal I am going to deal with here (as a predicate to dealing with the global).

I went to Chiapas in search of what I had termed “my authentic sense of self.”  I have experienced a wide variety of traumas in my life from severe sexual and physical abuse to the brutal murder of my mother and the ensuing police investigation.

My authentic sense of self was buried beneath a mountain of trauma.

I think I might have seen it for the last time as I stood next to my mother’s grave.  She died challenging the status quo of her life and she died living her dream – but that is a whole other story.  Suffice it to say that from my perspective, coloring inside the lines suddenly seemed like a very good idea.

When I went to Chiapas in 2010, I had no reason to believe in my own intrinsic worth and very little sense that I ever could.  The only hope I had was contained in my memory of that one tiny moment when my mirror reflected my wholeness and in the sudden and shocking arrival of a man who knew about a group of indigenous rebels who seemed to have a part to play in making that memory a constant reality.

I didn’t understand how or why, but based on my New Year’s Eve experiences in Tulum, I knew that the Zapatistas held the key to my authentic sense of self.

I knew I needed to find them.  I didn’t care what it cost me!

I had exactly one rather embarrassing conversation with the Zapatista Good Government Board in Oventik, Chiapas.  My visit to Oventik was one of the most humbling days of my life.  I went there thinking (as a successful, highly educated lawyer) I had something to offer the Zapatistas.

The moment I crossed over into rebel territory, I suddenly knew for certain that I didn’t even understand my own plight well enough to help myself much less understand their situation enough to contribute meaningfully.  I just began to softly weep.  When I met the people on the Good Government Board, I was still crying.  The best I could manage was to stammer something about how they had changed my life while wiping away my tears.

At the time I could never have put it into words.  But the Zapatistas changed my life more by their example than by our brief interaction.  They weren’t even all that nice to me when I appeared before them as the crazy, crying gringa with nothing much to say.  Clearly they had not read Eat, Pray, Love, ergo, I doubt they had a frame of reference for my pampered white girl awakening.

From the rebels' perspective it looked like I was wasting their time.

From mine, something drastic and life altering had just occurred. I will never forget.

The Zapatistas' example altered the course of my life dramatically.

The Mayans have been oppressed and marginalized for generations.  In spite of it all, these indigenous rebels managed to find it within themselves to arrest their self definition from the hands of the dominant system.  They undertook the most revolutionary of human acts.  They found the courage to define themselves (rather than being defined by the gaze of another) and to invest their energy in creating the kind of world they want to occupy.

The Zapatistas withdrew from Mexico from within its own borders.  They refused all government money and set up their own internal governments.  They declared their right to freedom and self rule.  The Zapatistas have created their own alternative way of life.

My encounter with the Zapatistas was the beginning of an emotional and spiritual breakdown that ultimately led me to leave behind my career as a successful and financially secure tax lawyer and head to Chiapas in search of my own alternative way of life.

That first trip to Chiapas was the beginning of the end of my ability to hold my personal traumas at bay.

When I got home I started to cry and I just couldn’t stop.  I must have cried every pent up tear I had.  I think I cried for 6 months.  Every day when I came home from work, I sat down to meditate and the tears would just begin to flow.

Not long after my trip to Oventik, my past began peeking around the corners of my present in the most uncomfortable ways.  The man who had severely abused me when I was 16 contacted me after 20 years of silence and my employer began restructuring my department at work.  To me, the environment at work began to feel very much like the police investigation and the murder.  I couldn’t tell who I could trust and I no longer knew how to function.  I have to say, the situation at work was uncomfortable.  But to be fair, this had more to do with the traumas that were surfacing in my life than with any actual events that unfolded with my employer.

In any case, all of my wounds got triggered at once.

The barriers that separated my traumas from my everyday life ruptured like a dam that has seen a little too much rain.  I collapsed.  I was forced to stop and deal with the pain of my past.

My encounter with the Zapatistas and my subsequent breakdown were the beginning of my recovery.  The lessons I learned from studying the Zapatista movement and the healing work that followed were indeed the key to finding my authentic sense of self.

Like the Zapatistas, and perhaps because of my exposure to their example, I have finally arrested my self definition from the traumas I experienced and from the hands of those who inflicted them.

I know who I am separate and apart from the gaze foisted upon me by the people who abused me and by those elements of society that have attempted to define me as a woman and a person.  I found the courage to finally face my pain, and as a result, I have found my worth and my authentic sense of self.

My mirror image reflection is 99.9% whole.

I have moved from being a victim to being a visionary!

Now I am ready for a new kind of revolution…