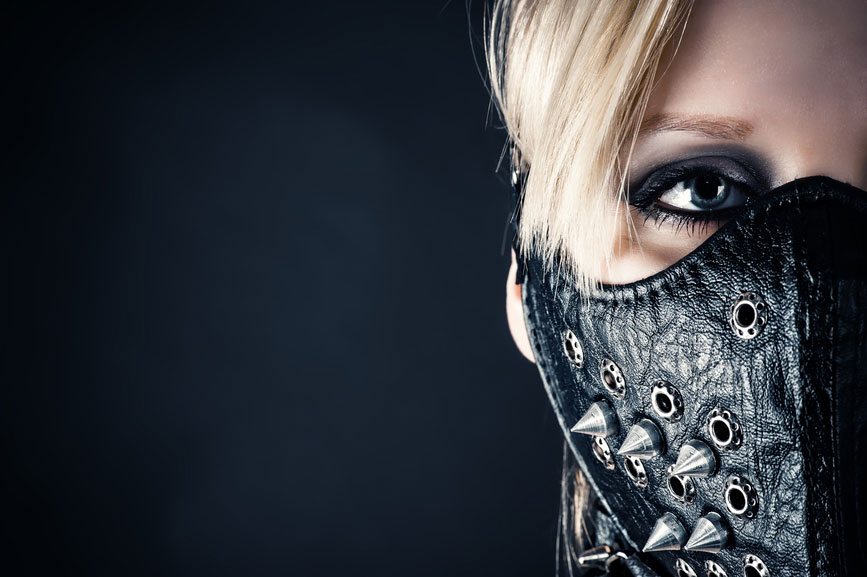 Mythology, it's just a story, or so we imagine.

Yet, throughout history, we have used mythology to teach the lessons of culture to the next generation, and in many ways, to define how we relate to one another. In other words, mythology tells us who we are at an almost cellular level. It represents the nearly invisible cultural inheritances handed down to us through the ages. For this reason, I challenge the old mythologies as a part of my work.

Ready to risk a new perspective?

Travel with me now to ancient Greece.

Our setting is the temple of Apollo.

The god Apollo has taken a shine to one of his priestesses.

Her name is Cassandra.

Just as we step out of our time machine, Apollo gives Cassandra the gift of prophecy in order to seduce her.

Cassandra takes the gift but doesn’t fuck him.

The angry god (suffering from an unrequited boner) curses her.

Cassandra will see and know all, but no one will EVER believe her.

As the years go by, Cassandra is able to foresee a series of tragedies, including the fall of Greece in the Trojan War. Despite her many prophecies of doom, Cassandra is unable to prevent the ensuing agonies.

Cassandra's words are like so much dust in the wind.

She suffers in this way for her entire life.

Okay, so let me boil this down to its essence.

Cassandra was a prick tease and everyone knows you can’t trust one of those.

Everything else that happens after the teasing of the prick is Cassandra's fault from the imposition of the curse to the temple rape.

Rapists, by virtue of being male and well spoken (or maybe just male), are trustworthy.

Cassandra, by virtue of being a prick tease is not worthy to be avenged.

If that ain’t a little shop of horrors, I can’t imagine what one looks like!

Honestly, the longer you stare at it, the uglier it gets.

There are, in fact, two versions of the main story. In one, Cassandra is passive. In the other she make’s a bargain with Apollo that she won’t live up to. The story bills this as one of those classic sex for prophecy schemes gone awry when, in the 11th hour, the lady loses her nerve.

That second version is a little bit more sympathetic to Apollo than the first one. I will admit it, for about half a day, even I was a bit torn. Part of me was screaming, “Refund Bitch!” (That might have been one of the most troubling parts of my interaction with this story.)

The more I thought about it though, the more I realized that the two versions contained a false dichotomy between the virtuous woman taken advantage of and the bad girl reneging on her promise.

First off, there was a huge power differential between Apollo and Cassandra. So, bargained for exchange? I find that kind of hard to believe.

Second, as every woman knows, there is a hair’s breath of difference between these two versions of Cassandra. Simply being a beautiful, alluring woman is often enough evidence to prove up the prick tease label. In fact, being born female is probably sufficient.

I truly need to wash my mouth out with soap at this point.

Yet I know it won’t help.

Truth be told, this is heart anguishing stuff!

It burns, it binds, it cuts to the quick.

It reminds me of the day an older boy schooled me on my responsibility for a man’s blue balls. If you could see me right now, I would look like a cat trying to hack up a fur ball.

If my experience of this phenomenon were an isolated one, I think it would actually be less painful. But it isn’t. On a much grander scale, this story replays in the news every day as women across the world are denied the authenticity of their words, blamed for their own violation, and trivialized as human beings. Many women are scapegoated and killed or imprisoned over this kind of thinking.

But that is not all.

There is a squalid depth to this story that isn’t immediately apparent.

Apollo (a male god) is the source of Cassandra’s ability to prophecy and he is the limitation on her voice, and therefore, upon her life. This was a theme in ancient Greece. The famous Oracle of Delphi was created by Apollo who wanted an old, wise woman to act as his prophet. He gave her the full gift of seeing but limited what she could say. She had to tell the truth, but in vague terms so that there was a risk of misunderstanding. She was just Apollo’s mouth piece in some sort of weird power game between god and man.

This is what happens to women’s intuitive arts and to their voices and their autonomy in a culture that values men over women. Women and their expressions become mere extensions of a male god and his arts and desires. Women’s voices alone have no value or authority. In this way women become mere vessels for something else.

No wondering channeling has become such a popular way to write a book or make it big in spiritual communities. Nom de plume from outer space sounds a lot like Oracle of Delphi to me (especially where women are concerned). But I digress.

I have to ask, was Cassandra’s “true sin” her refusal of the divine penis or was it that, in refusing Apollo, she showed an independent will?

Captivating as that question may be, it is also low hanging fruit in this conversation. It’s a duh huh moment.

So, here is my confession: That whole thing you just read was scratching and clawing at my insides to come out. I felt compelled to speak to it. When I touched the story it was like a live wire in my hands.

But, in the end, I don’t find it very interesting in and of itself.

It seems like old news. Just a few days ago, there was an article in my Facebook News Feed about how women are silenced online (just like in life). Of course, I am not saying that this topic isn’t important. I am saying that lots of people are talking about it and its implications.

Now that I have it out of my system, I want to talk about something else!

So troubled was I by the whole dynamic of this story, that I sat down to brainstorm what I was missing. Don’t get me wrong, there is just absolutely nothing anyone can say about this story to make it a paragon of feminine power or to even baptize it in the waters of acceptable narratives by which an entire world ought to organize its affairs.

This story is a tragedy truly worthy of the Greeks. It has been repeated for long enough.

That said, as I worked this thing over in my mind, I started to see Cassandra’s options a little more clearly. So, rather than focusing on the tragedy of her circumstance and the fucked up dynamic between men and women on this planet, I want to talk about the weakness of the curse and how Cassandra could have made it irrelevant.

Cassandra’s prophecies would never be believed. That is a built-in fact, and at first, it seems insurmountable.

The story focuses in on all the things Cassandra couldn’t stop – including the fall of Greece in the Trojan War - and all the times she tried and failed to gain credibility. It talks about her suffering and the suffering of those around her.

After reflecting on this for almost a week, it finally hit me. This singular focus on the curse and the unavoidable suffering is a distraction.

Cassandra's gift of prophecy was cursed with disbelief not Cassandra.

The gift itself and her standing in the community were really not destroyed by the curse, but rather by her wild eyed attempts to make people believe her. That is to say, aside from the narrow curse placed on the believability of her prophesies, Cassandra was not subject (by virtue of the curse) to any greater disadvantage than any other woman in her society. Her treatment as a liar and mad woman (did I forget to mention that?) came later, after she tried in vain, over and over again to make people hear her.

In short, Cassandra's hyper-focus on her dilemma and her incessant effort to save everyone around her actually destroyed her potential, not the curse itself.

Here is what Cassandra could have done instead:

Boom! A whole new world of possibilities opens up.

Now, just to wrap up…

The most important thing this little inquiry revealed to me is that we have a great deal more power than we think we do.

We must choose to go beyond the default focus and into using what we know in order to create and advance a powerful vision for our own lives.