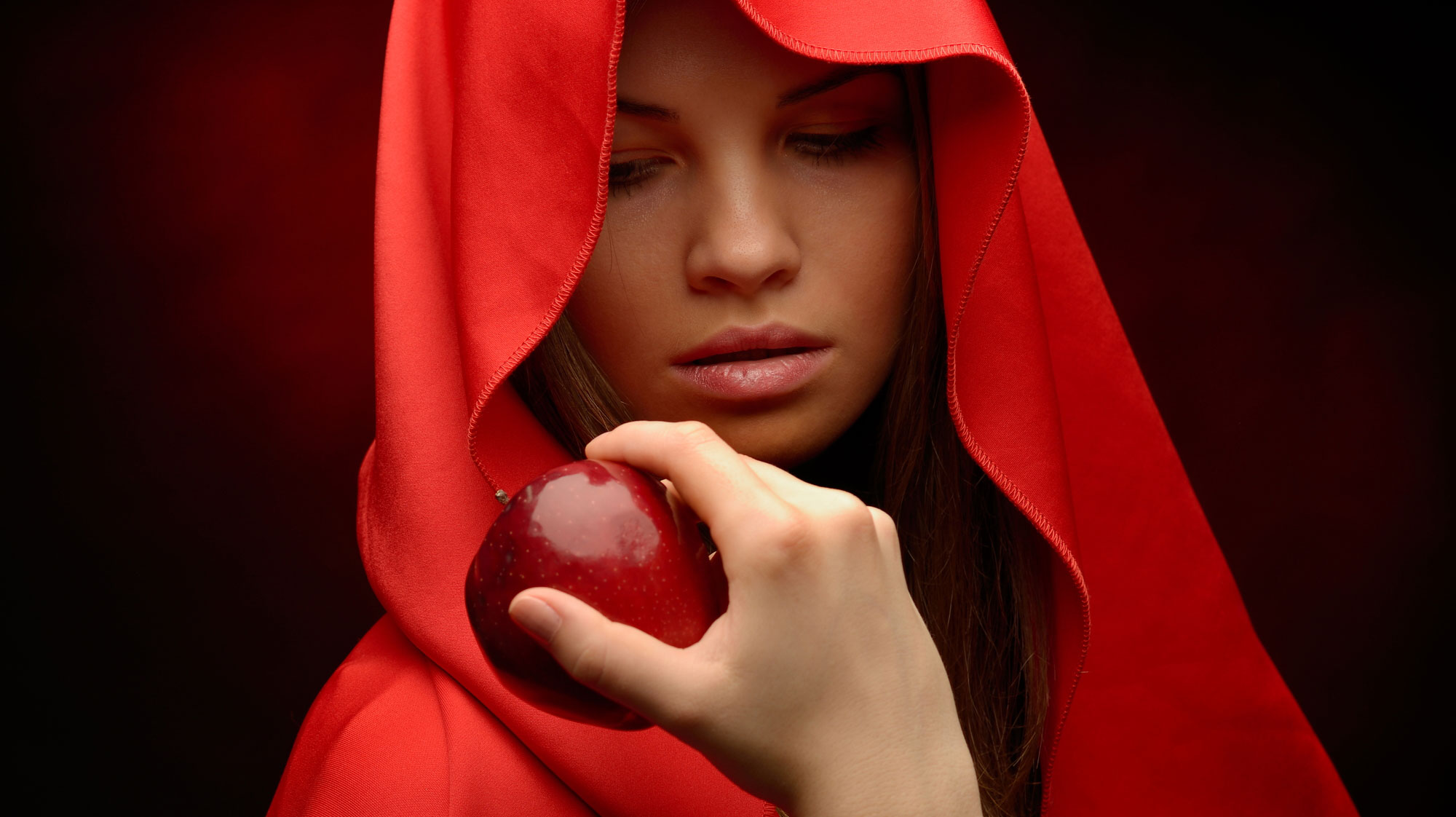 It’s Semana Santa down here in the mountains of southern Mexico. In other words, our annual 7-day celebration of death and resurrection is getting underway.

I am supposed to cast my devotion upon Him. Yet I am transfixed, delightfully caught up in the immense power and beauty of someone else.

Much of biblical history would like to cast Mary as little more than a bit player in story about God and men. For their part, the church fathers would like to dress her up in a suitably modest robe, confine her to the narrow dictates of a false kind of purity and then send her off to do the work of looking pious.

Pious? I don't think so.

Mary was Scarlet to her core.

She was also as pure and authentic as the dew drops that baptize her roses every morning.

But to see it, you have to cast away the stories you have been told and you have to look again through seditious eyes.

Consider for a moment how many bedroom windows the Good Lord likely had to knock on before he found a young virgin bold and clear enough to agree to his outrageous proposal?

Or maybe He knew she could bear him a son and that she could bear up under the shame that would surly be cast upon her and her pregnancy. Perhaps He knew the fierce beat of her red heart before He ever even came for her.

We will never know.

But one thing is for sure. It took a woman with a certain kind of mad, passionate courage to accept such an unorthodox divine proposal.

Not every woman is willing to face God and say: “Hit the switch on the divine mood music and set up some candles baby. I’m in!”

Come with me then. Let us be flies upon her wall.

Can’t you see her looking up at Him in the moments just before? Don’t you see her beautiful maiden eyes open wide and brimming with equal parts fear and desire.

Look at how her thumb and forefinger are crumpled against her lips as she wrestles with what is in front of her.

Listen to her thoughts as she goes through a quick rundown in her mind of what this would mean: My family will be mad as hell. I will lose all my friends. The town will be mortified. The rabbi’s will look at me with shame in their eyes. Joseph will probably (okay, who I am kidding, definitely) break off the engagement. I could wind up excluded, alone, even murdered.

Mary knew what He was asking and she was smart enough to fear it. But Scarlet was Mary’s nature.

It was her destiny to wrestle with the temptation of God and to lose.

Mary was a daughter of Eve after all.

“Well, I really have always been rather passionate about you and now that you are down here, I can certainly see why.

But this, this is crazy.”

Of course, if you listen carefully, you will notice that the word crazy trails off a bit at the end just about the time Mary’s resistance fails her. Her voice goes silent just as she gives in to Him and to her own unbridled desire.

Watch the mischievous grin as it washes across her lips. Can you spot the moment when the change comes over her, the moment when He becomes the apple of her eye – that which she must have?

Witness this woman come alive to her radiance as she steps into His heavenly arms and into this, the reddest of experiences.

See her magnificence as she embraces her destiny and as she becomes her wildest and boldest self. Bear witness as the Maiden dies and the Mother is born in the arms of God.

Pause for a reverent moment of silence! Applaud if you will!

Now take another moment to imagine what drove Mary to make such a bold choice.

I think, when it comes right down to it, Mary just couldn’t back away from the chance to experience the ecstasy of divine union. I believe she, like Eve before her, had to know, touch, taste and love on her own terms.

And love she did!

The moment that unfolded between the young virgin and the Holy Father was as Scarlet as they come. Even better, it was a deliciously human moment. No human life enters this planet except through the womb of a woman. Last time I checked, there is only one way in and one way out of a woman’s womb.

We are talking about full on Divine Penetration in a full out moment of very human lovemaking.

I implore you. Don’t you let them convince you otherwise.

You too are a daughter of Eve and a lover of God.

If you choose it, you will wear Eve’s Red Velvet robes of sovereignty, and like Mary, you will walk with the scent of His love.

You too are Scarlet to your core and you are as pure and authentic as the dew drops that baptize her roses every morning.

Claim it with all the mad, passionate courage you can muster.