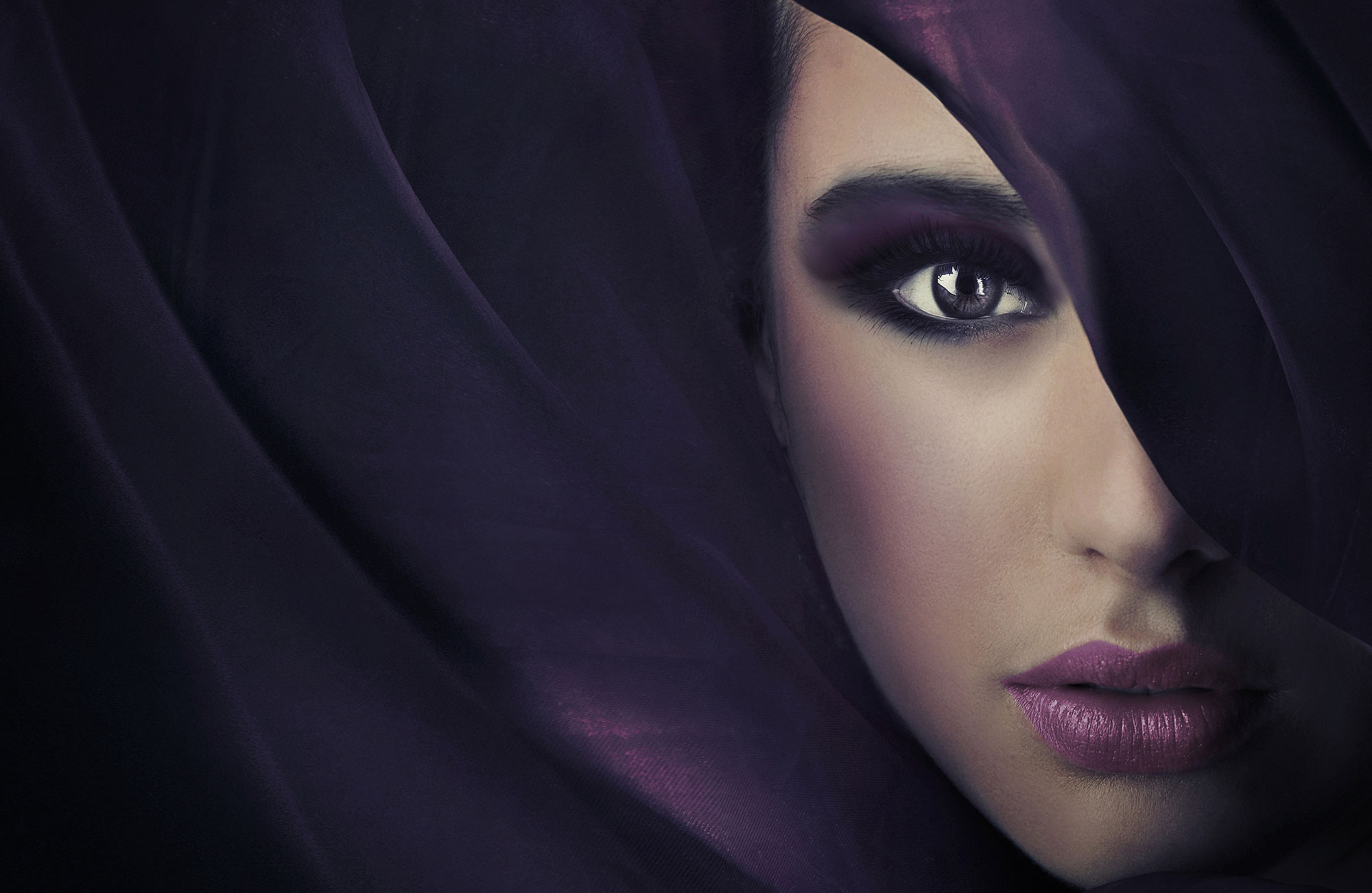 God will not be mocked. You will be punished.

Those are the words my mother said to me when I was just 16 years old. She, was at that time, confronting me about my ongoing sexual relationship with an older man (more than 10 years my senior).

In the moment, I knew my mother's words wounded me (almost mortally). I even knew the situation I was in with her was really fucked up. But I don't think I ever really understood her words in the fullness of their institutional and religious context, until now. "Now" refers to this present moment and to the currently ubiquitous presence of Josh Duggar and his "sexual sin" in the media.

You see, Josh Duggar and I share something in common. We were both raised in a fundamentalist Christian tradition that makes all "sexual sin" the same in God's eyes: a failing of moral restraint usually brought on by the immodesty of women and girls.

All of a sudden, I understand how far fundamentalists Christians will go to make child sexual abuse the girl's fault (at least in part). The answer: Pretty damn far!

Let me begin with a simple question: Exactly who was the man my mother absolved with her emphatic proclamations of God's coming wrath?

It wasn't my father, my brother, my mother's boss, pastor, relative or friend. In other words, it was not someone with whom she felt the competing pressure of a continuing relationship. It was a 27 year old meth addict from what my mother considered to be the wrong side of town. She didn't even know him. She had no reason to protect him. In fact, she didn't even intend to.

So entrenched was her sense that I was to blame for the "sexual sin" in my life that she never raised a finger to stop the abuse. In fact, I think she actually failed to identify it as such.

She left that man free to erase the last vestiges of my childhood innocence and she abandoned me to the drugs and pornographic sexual encounters that went on for days. Did she know the extent of what I was dealing with? I doubt it. But the way she framed the issues determined how she dealt with them.

In my mother's eyes, there was no criminal act afoot by virtue of a much older man's sexual involvement with her teenage daughter. In her estimation, she had a daughter gone bad and that is what she set out to address: my immodesty, my lust, my sin.

My mother never even raised the receiver on the telephone to alert the authorities. Years later, this man confessed to me that he would never have touched me if he had thought there was even the slightest chance my parents would do something about it. All my mother ever did was pray for my eternal soul. That is what he was counting on!

Years later, in the wake of my father's death, my mother got involved in a prison ministry. Soon thereafter, she became engaged to a rapist, a prisoner with multiple offenses on his record. I could not understand at the time why she thought I, the daughter still in recovery from sexual abuse, would be the most understanding of her children.

I think I understand now.

According to evangelical doctrines like those followed by the Duggars, the rapist and his victim are both guilty of the same kind of sin. The differences between them are ones of degree only. In all cases, the victim has the burden of simply being female and of having somehow attracted the attention of the rapist. The offender has the burden of his inability to quell his urges. But the urges are not seen as entirely self generated or even entirely within his control. He is never fully to blame.

My mother must have thought that two sexual sinners previously caught in the web of sexual abuse (one as victim and one as perpetrator) would get along nicely, like two sides of the same coin. That kind of thinking must have consciously or unconsciously driven a lot of my mother's decision making at that time. She too was the victim of child sexual abuse. She made a perfect target for a convict looking for yet another second chance. She had already internalized the idea that there are never (or seldom ever) true victims in cases of sexual abuse. There are only sinners in need of redemption. I don't know if the man who sexually abused my mother when she was a child groomed her in this way. I do know that her church did.

One afternoon in 1997, soon after her engagement, my mother was brutally murdered upon returning home from the prison. For weeks before she died, I sounded the alarm. I even called her pastor. I couldn't understand why no one from her church or the prison ministry shared my fear and concern about the impending nuptials.

As I thought about all this again early this morning, and in the light of what has come out in the Duggar case, the puzzle pieces clicked into place. The church officials were not alarmed because in their eyes, everything was fine. This man's "sin," by church doctrine, was just a sin like any other. He had repented, and in their eyes had been redeemed.

I am remembering my mother's funeral now. I am reconnecting with just how unbelievably uncomfortable I felt with her pastor's eulogy. He compared my mother to the virtuous woman (Lydia) from the book of Acts who sold purple dyes. The pastor used this woman's story to extol my mother's virtue and to praise her business sense. Then he inexplicably also started talking about how much she enjoyed having people look at her. My stomach did flip flops as he spoke.

To this day, I find myself asking: "What was that preacher trying to say?"

I can hear my stomach answer: "Something wildly inappropriate." The reason? No one in these evangelical circles ever says anything good about a woman who desires to be seen and noticed for her beauty.

I am wondering, was the minister, with that statement, somehow connecting my mother to another woman known for her purple cloth? It is, after all, the Great Mother of Harlots who wears the color purple in the book of Revelations. I will never know for sure. But I do know that when we were standing by my mother's grave later that day, he commented to me about my stunning appearance. Even in the tender moments when I was working up the courage to say goodbye to my departed mother, her pastor's focus was on my body and my attractiveness.

It makes me wonder how this supposed man of God thought of me. In his eyes, was I the harlot's daughter? Are all women?

What was my mother to him for that matter? Was she a true victim of a heinous crime or an immodest woman who liked to draw the attention of men to her beauty?

I am recounting all of this now for several reasons. First, I want to drive home the disease of thought that permeates these religious cultures. Victim blaming is not incidental. It is a central tenet of the evangelical faith. It is so much a central focus that it seemingly showed up randomly, perhaps even unconsciously, in the eulogy offered at my mother's funeral. Her death in no way even directly involved her sexuality. The crime was not sexual in nature at all. But her pastor's eulogy certainly brought her sexuality into the situation. He put her female body and and her enjoyment of her own beauty front and center.

Second, I want to call a spade a spade!

These religious doctrines, all of which indict female bodies as the fuel for the rapist's fire, are not just an unfortunate backdrop to the crimes they excuse. These doctrines are the institutionalized sexual violation of women.

The religious institutions that espouse these doctrines are not just accomplices or apologists. They are instigators and co-conspirators in the violation of women and girls. To teach generation after generation of men that they are not responsible for their urges and impulses is to light the fuse on a ticking time bomb. Over and over again it predictably explodes. Let's give credit where credit is due! Let's lay blame where blame belongs. If we do, perhaps we can stop making these doctrines a matter of religious choice and start dealing with them as heinous blights on society and as acts of abuse in their own right.

Finally, I want to sever these doctrines from my desire and from my womanly body. There is nothing culpable in women's desire or even in our nakedness. It is healthy and beautiful for a woman to show up in this world as a fully participating human being entitled to her sexual sovereignty and the sovereignty of her desire.

My womanhood and my desire are the richest parts of me. I am not confused anymore. I know the difference between what happened to me and who I am. I have removed the hands of violation and justification from these most precious aspects of my humanity. The responsibility for violation belongs to the perpetrators. I leave it in their hands.

Now that I have wiped away their fingerprints, I also don the purple robes of the harlot with gusto. In the harlot's regal attire, I am no less pure than the virgin in her gown of white. At the same time, I am far more than merely pure. I am feminine desire and autonomy embodied. I am the Great Mother of Harlots that the evangelical church so fears and reviles.

It is their diseased thinking about women that is the source of their paranoia and their hatred. It hasn't a thing to do with me.