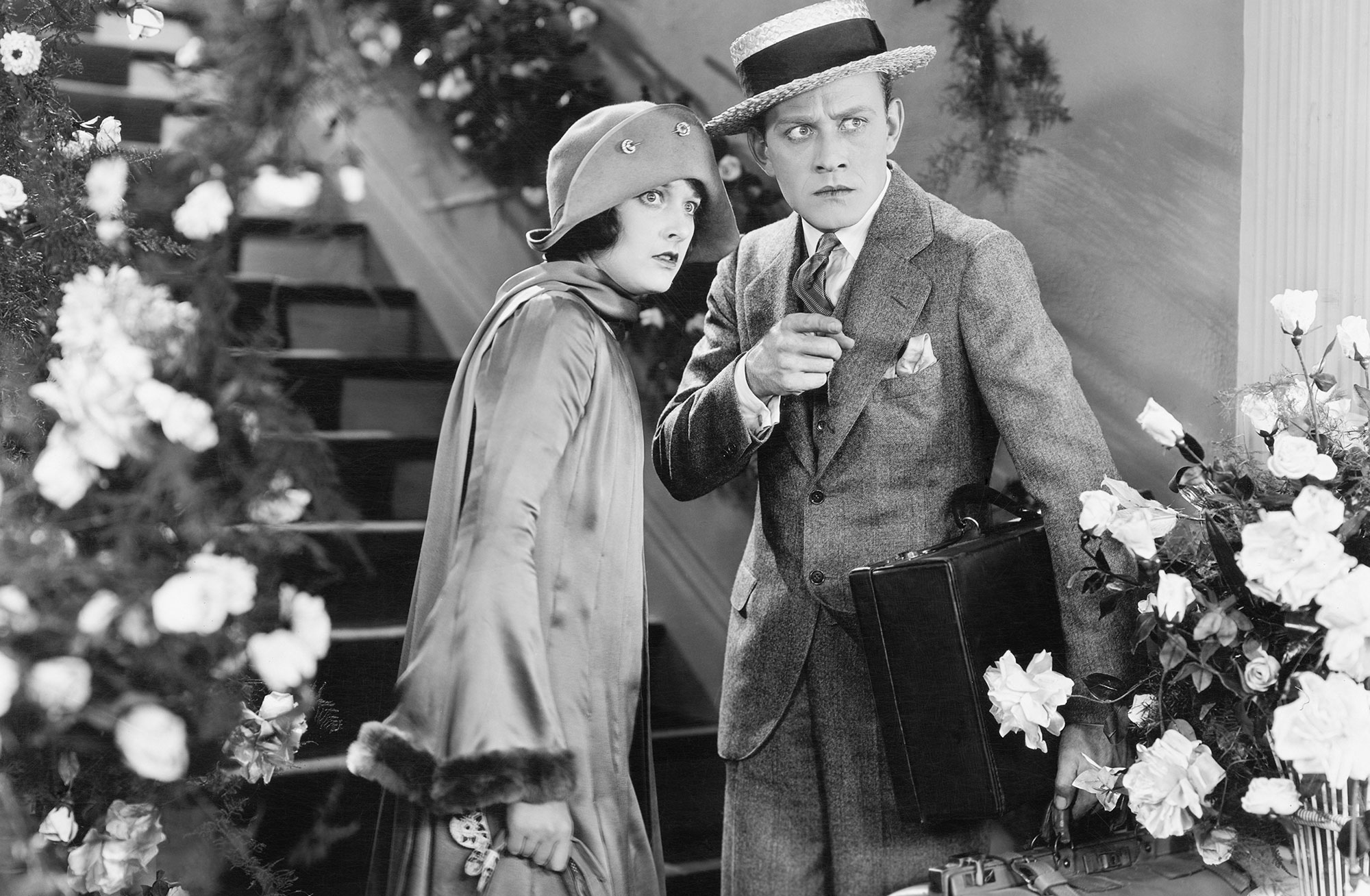 Could We Really Be in a Trauma Bond with the President?

Let's start by considering the top five signs that our relationship with Donald Trump has taken on the toxic, malignant characteristics of a trauma bond.

Sign Number 1: Trauma Bonds are Profound Attachments that are Reinforced by Fear, Danger, and Control

Admit it! You have a knot in the pit of your stomach that hasn't fully relaxed since you were watching the election returns in 2016. Every day, you watch and wait to see what he will do. You wonder what horror, instability, chaos, and international peril he will unleash on his Twitter feed today.

You also, and with good reason, have begun to wonder if there are any limits to his power. Could he really shoot someone in the middle of Fifth Avenue and suffer no consequences? He seems to think he can, that there are no limits, that as President, he can do whatever he wants to you, to me, to us as a nation. And no one will stop him. And no one has.

Maybe no one even has the power to stop him. Have you mulled that one over in the middle of the night?

Let's call a spade a spade. Many of us are afraid of the President and his attempts to assert limitless power are terrifying.

We check the news compulsively. We are addicted to the Twitter feeds that give the blow by blow updates. We are constantly scanning our media environment trying to answer a compelling, ever present question:

Will we make it through this?

Sign Number 2: Within Trauma Bonds, There is Always Something Intense and Absorbing to Keep the Cycle Going

In this case it is the news cycle. We find moments or relief, moments of hope that reason will prevail. But then he tweets again or he blackmails the President of Ukraine or gives Russia everything it ever dreamed of attaining in the Middle East, and the terror is there again. The hope vanishes just as quickly as the children taken from their parents at the border.

Where are the children, by the way?

Growing increasingly dependent on the same people who are terrorizing them, keeping them from their families, destroying their sense of life outside the system.

The more dysfunctional our relationship with someone in power, the more we, ironically, depend on that person for comfort and connection.

Do you notice yourself withdrawing? Spending less and less time with the people around you as you grow more and more despondent and internally disorganized?

How about the way your focus has narrowed in on watching exactly what he is doing and trying to assess what will come next; searching for something comforting in (or in relation to) a relationship that has become so fetid and foul?

That's right. You have become emotionally dependent on the one who terrifies you most and upon all the drama surrounding him. Social interaction outside this cocoon of misery is harder and harder to create. So, you watch the news, you survey Twitter, etc. until your inner and outer worlds are all enmeshed with his.

And his world is intense, isn't it? Chaotic to the point of making you want to hide under your duvet?

In a trauma bond, nothing can be resolved productively. There is no such thing as conflict resolution through healthy communication. To the contrary. Conflict is resolved through escalation, which is to say it is not resolved. It is addressed via brute force and control and by way of violence (actual or metaphorical).

We are seeing this on a grand scale, are we not? Neighbors hissing at neighbors, death threats on social media, and then there are 45's constant threats to destroy economies and destroy lives (not to mention the genocide he authored against the Kurds).

Intensity thrives on fear and arousal ... Intensity requires secrecy and develops from it ... Intensity serves as a distraction from oneself and limits the possibility of growth ... I had a woman client describe intensity in reference to her experiences with traumatic bonding. She said, 'Intensity is like Styrofoam. It takes up space but has no substance.' ∞ The Betrayal Bond: Breaking Free of Exploitative Relationships by Patrick Carnes, Ph.D.

Haven't you been wondering why, in the midst of call transcripts disappearing in to secret servers and whistleblowers fearing for their lives, you aren't interested in your dreams anymore?

What about your own personal development?

In a trauma bond, not one ounce of energy seems to be left over for your own personal growth. Before it's over, every last drop of your blood, sweat, and tears is fully invested in the compelling, often life threatening intensity of the bond and in the looming question of your survival (or the survival of those you love).

And haven't you been here before? If you haven't, don't feel left out. You might be more likely to find yourself here again! This experience may make you much more vulnerable to similar experiences in the future.

Sign Number 5: You Have a History of Prior Abuse

Let us say there are two current victims of sexual harassment. One is a victim of prior abuse going back to childhood. The other has a history of normal childhood and adult development. Both will suffer symptoms of post-traumatic stress. Both are vulnerable to traumatic bonding. The one with the abuse history, however, will have more severe reactions to stress and increased potential for traumatic bonding. ∞ The Betrayal Bond: Breaking Free of Exploitative Relationships by Patrick Carnes, Ph.D.

The end result: you are much more likely to then take on the views of the perpetrator and uphold their position in the family or organization.

In this last statement rests the greatest evidence of our plight and the key to our salvation: reality confusion.

I know that many people are "resisting" 45. Many people are working overtime calling out the truth, undermining his attempt to create and ironclad world built entirely of his deceptions, which he spouts with absolute confidence.

Not many of us believe his lies, with one exception:

As time wears on and we wear out, we have begun to believe that perhaps there is no longer a reality beyond the grasp of his power and manipulation (and that of others sharing power with him).

We have begun to see his presence as total and irrefutable.

And this is the one and only lie he needs to make unassailable. This is the grandest of his efforts. He wishes to destroy the checks and balances, or at least give the appearance that he has. In this way, we fall under the spell of our own inessentiality. We fall prey to our sense that it is futile to even attempt real change or to invest in a tomorrow that may never come.

But the key to recovering from any exploitative, toxic, trauma bond is actually to begin to see the glitches in the matrix.

This is especially hard if you have had prior, all-consuming, inescapable trauma. But it must be done.

We must stop staring at what feels like his irrefutable control and begin staring at a world that exists just over his shoulder, a world in which we are free, productive, open, and, most importantly, growing again.

In fact, the best antidote to this tortured version of reality?

Find the courage to pull your focus back from him and from the terrifying circumstances we face. Be brave enough to begin to take halting steps towards the life you want for yourself even in the midst of all this. With every step, the seemingly ironclad nature of a world controlled by this self-interested prig will begin to fall apart.

So, dare to desire! With a furious passion!

Think back to what you wanted before all of this came to pass. Look ahead to what you might desire anew from this very moment.

Invest in this desire. Put all your your passion, your life force, into it until that passion, multiplied and directed, becomes apocalyptic; until it sows confusion into this cruel reality and makes another reality possible. In the new reality, everyone's dreams are possible and our world is built for thriving.

The children are reunited with their parents. The country supports their healing. We mend relationships at home and abroad. And this time we dare to resolve the isms rather than stuffing them away, denying their impact, and allowing them to fester.

Imagine it with me, won't you? Hunger for it so furiously that the old reality through which we are living breaks apart as more and more people desire and support this new vision.

Together, let's create it!

Let It Be Said that You Are the One Who Happened to History. Audaciously!

You Came to Make Your Mark. But Now You Feel...?

I Still Believe. Take the Passion Revivla Challenge So You Can Make That Mark, Fierce and Bright.